One PCI Express slot gives you expandability and flexibility

The TS-832XU-RP provides one PCI Express (PCIe) 2.0 ×2 slot (×4 length) for expanding NAS functionality, such as installing additional 10GBASE-T ports and M.2 SSDs (both SATA and PCIe NVMe*). QNAP offers a complete array of expansion cards for you to take advantage of the TS-832XU-RP's PCIe expandability, including QM2 expansion cards and single/dual port NICs.

A well-rounded disaster recovery plan requires multiple layers of protection and backups to deliver peace of mind. The TS-832XU-RP supports snapshots to manually/automatically record the content of files and changes to them at the block level, allowing them to be quickly reverted in the event of corruption or accidental deletion. For added data security, the Hybrid Backup Sync app can help back up, restore and sync files to/from local external devices, remote NAS and public cloud services.

The TS-832XU-RP supports SMB/CIFS, NFS, and AFP protocols for file sharing across Windows, Mac, Linux/UNIX networks. Data can be centrally stored on NAS and protected by rigid security measures provided by the TS-832XU-RP. The Windows AD and LDAP services enable system administrators to configure user permissions by using an existing Windows AD server, LDAP server or built-in LDAP service. To sync data across devices, including mobiles, simply install Qsync Central on NAS and Qsync clients on other devices to enjoy a fast, private, secure, and real-time file sync service with the TS-832XU-RP.

The TS-832XU-RP can handle file backup tasks from Windows® PC and Mac. By using QNAP's NetBak Replicator backup utility, with a few simple clicks, you're all set. For macOS users, Time Machine can be set up to save to the TS-832XU-RP. Combined with snapshots and Hybrid Backup Sync, the TS-832XU-RP provides the solid foundations of a disaster recovery plan.

QTS, the QNAP NAS operating system, provides numerous functionality additions and improvements, such as the revamped Qtier, RAID 50/60 support, Qboost, OCR Converter, and much more. More apps are available from the QTS App Center, such as Domotz, QVPN Service, and more. You can easily take advantage of apps from QNAP and trusted third parties to expand NAS functionality and possibilities.

The TS-832XU-RP provides an intelligent surveillance management system for real-time monitoring, video & audio recording, and playback to safeguard your work environment. You can even use USB webcams as affordable IP cameras with the free QUSBCam2 app. The TS-832XU-RP also supports QVR Pro, the next-generation QNAP NVR system, that allows you to arrange a dedicated, independent storage space for surveillance data on the NAS and leverage the advantages of scalability and storage manageability from QTS.

Protect your NAS content with encryption and more security features

The AL-324 PoC of the TS-832XU-RP supports hardware-accelerated AES-256 encryption of volumes, shared folders and LUNs to provide data confidentiality without sacrificing performance. Other security features include IP address filtering, virus and malware scan, and much more. You can also set access permissions to ensure only authorized users or apps can access specified folders. The QVPN Service, available from the App Center, can be utilized to deploy VPN connections to secure communications between your devices and NAS.

The TS-832XU-RP supports connecting a UX-800U-RP (8-bay) or UX-1200U-RP (12-bay) expansion enclosure to scale up the total storage space. The unused storage space on the TS-832XU-RP can also be used to expand the capacity of other QNAP NAS by using QNAP's Virtual JBOD (VJBOD).

The TS-832XU-RP is equipped with a redundant power supply to ensure the maximum uptime of services for achieving high reliability. Combined with dual 1000BASE-T and dual 10GbE SFP+ ports, your businesses can easily maintain 24/7 operations, guaranteeing a cost-effective and reliable storage solution.

Note: Use only QNAP memory modules to maintain system performance and stability. For NAS devices with more than one memory slot, use QNAP modules with identical specifications. Warning: Using unsupported modules may degrade performance, cause errors, or prevent the operating system from starting.
* Sound Level Test Environment: Refer to ISO 7779; Maximum HDD loaded; Bystander Position; Average data from 1 meter in front of operating NAS.
Designs and specifications are subject to change without notice. 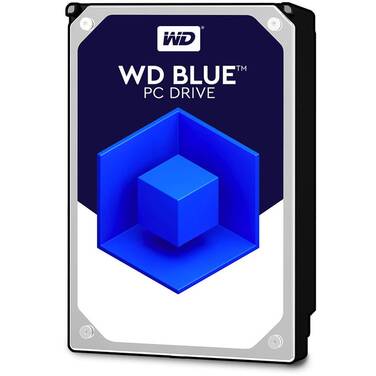 $69 Add to cart
Ask a question about this item
ID:
Add this to your wishlist
ID:
Save to Existing Wish List
Create a New Wish List