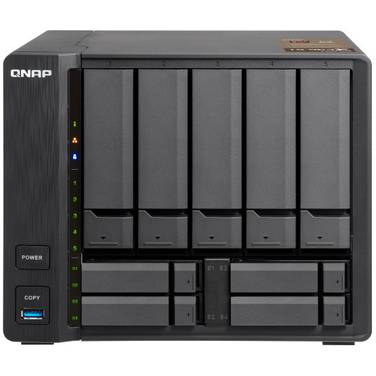 Exceptional performance for all your applications

The TS-963X is equipped with an AMD Embedded G-Series GX-420MC quad-core 2.0 GHz processor with a high-performance, low-power, system-on-chip (SoC) design which delivers great performance and high-power efficiency. The system memory (2 GB / 8 GB) can be upgraded to 16 GB to significantly boost system performance. With built-in four 2.5-inch bays for SSDs and a 10GBASE-T port, the read/write throughput can reach up to 779 / 569 MBps (unencrypted) and 508 / 513 MBps (AES-256 volume encryption with AES-NI acceleration).

Tested in QNAP Labs. Figures may vary by environment.

Upgrade your IT environment with QNAP's fast and affordable 10GbE Switch!

Boost performance with SSDs and Qtier

The TS-963X comes with four dedicated 2.5-inch drives bays that are ideal for installing SSDs. With SSDs, you can enable Qtier which offers both tiered storage and cache-like mechanisms for both volumes and iSCSI LUNs. This allows the TS-963X to be further accelerated to meet the performance requirements of demanding applications such as virtualization.

The TS-963X supports versatile virtualization technologies such as containers (LXC and Docker®) and virtual machines (VMs), so you can easily migrate existing applications to or deploy new solutions on the TS-963X. Virtual switches support several modes for connecting containers, VMs, NAS, and physical network interfaces for flexibly deploying business IT infrastructure while ensuring high security.

Secure your data with snapshots and Hybrid Backup Sync

A complete disaster recovery plan requires multiple layers of data protection and backups. The TS-963X can use snapshots to record the state of files and changes to them at the block level, so you can quickly revert to previous versions should an accident (such as deletion or malware attack) occur. For added data security, the Hybrid Backup Sync app can help back up, restore and sync files to/from local external devices, remote NAS and public cloud services.

The TS-963X supports SMB/CIFS, NFS, and AFP protocols for file sharing across Windows, Mac, Linux/UNIX networks. Data can be centrally stored and protected by rigid security measures provided by the TS-963X. The Windows AD and LDAP services enable system administrators to configure user permissions by using an existing Windows AD server, LDAP server or built-in LDAP service. To sync data across devices, including mobile phones and tablets, simply install Qsync Central on the NAS and Qsync clients on other devices to enjoy a fast, private, secure and real-time file sync service.

The TS-963X is powered by QTS, an intelligent app-driven operating system that provides key functionality such as Qtier, RAID 50/60 support, Qboost, OCR Converter, and much more. The QTS App Center also provides a wide range of QNAP and trusted third-party apps to boost the functionality and possibilities of the TS-963X, including QVR Pro, Mattermost, Acronis True Image, Domotz, and more.

The TS-963X provides an intelligent surveillance management system for managing real-time monitoring, video & audio recording and playback to safeguard your work environment. You can even use USB webcams as affordable IP cameras with the free QUSBCam2 app. The TS-963X also supports QVR Pro, the next-generation QNAP NVR system, that allows you to arrange a dedicated, independent storage space for surveillance data on the NAS and leverage the advantages of scalability and storage manageability from QTS.

Protect your data with encryption and other security features

The AMD Embedded G-Series GX-420MC processor inside the TS-963X features hardware-accelerated encryption, and is capable of encrypting volumes, shared folders, and/or LUN with AES-256 encryption without sacrificing performance. Other security features include 2-step authentication, IP address filtering, virus and malware scanners, and much more. You can also set permissions for users and folders to block access from unauthorized users and apps. 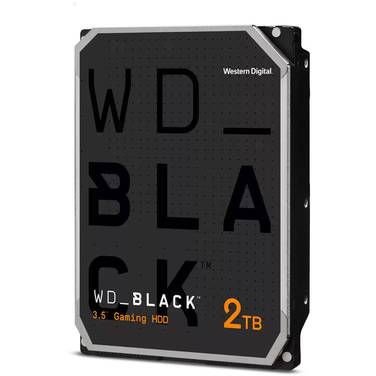 $219 Add to cart
Ask a question about this item
ID:
Add this to your wishlist
ID:
Save to Existing Wish List
Create a New Wish List